The benefits are clear, but few countries have actively adopted its use decreasing barriers to BIM Adoption. The USA and UK have BIM regulations in place. But what about the Nordic countries like Sweden, Finland, Denmark, and Sweden?

Nordic countries have been implementing BIM in the public and private sectors for over a decade. The need stems from projects that lack clear communication across different phases. BIM is touted as the solution for open communication, cost-saving, and energy-efficient construction projects.

BIM needs specific technical expertise, and the AEC industry can be resistant to change. Because of this, BIM adoption has been slow globally. Nordic countries like Finland, Norway, and Denmark were early adopters of BIM. So, they have had time to formulate educational tools and compile handbooks for BIM implementation.

Sweden’s construction industry has a few small and large companies. Companies that constructed single-family homes were the first to implement BIM up until the mid-2000s. The larger companies started their BIM implementation around 2006 – 2008.

Skanska, Veidekke, NCC, some of the largest construction companies in Sweden, have the highest level of BIM competence. NCC has over 700 projects that use BIM in a certain capacity.

These large companies started using BIM for internal housing projects and design and build contracts. Each of the large construction companies also has internal BIM policies and have recruited BIM specialists.

Engineering companies are the leaders of BIM adoption in Sweden. They have been open to BIM implementation since 2007. All the major engineering companies have launched projects to define BIM and its use within the construction industry. They provide clients guidance as BIM coordinators and training to other companies.

Architect companies began adopting BIM later than the rest of the industry. The larger architecture firms began implementing BIM in 2012. Additionally, clients and project owners have yet to adopt BIM for facility management and maintenance. Some clients demand BIM at a low level, but these are exceptions to the rule.

This multi-decade commitment to new technologies and practices in the sector allowed Finland to focus on developing national and international standards for BIM implementation.

In 2007, the Finnish construction industry required that all design software had IFC certification.

Since its creation, about 500-600 projects have implemented BIM out of a total of 31,928 average building permits issued per year.

Denmark was the first country to mandate that their state clients use BIM. This was in 2007, and they have since made other projects mandatory too. In 2016,  78% of Danish design companies had a grasp of BIM and used it for a variety of purposes.

In the construction industry, 65% of companies that use BIM expect to use it for all projects in the next 5 years. And, 85% of those companies believe BIM can bring value to a construction site.

Furthermore, 30% of designers handed their BIM projects over to facility managers. This indicates that there is a growing use of BIM in the FM sector.

Around  22% of AEC and FM (Facility Management) companies have used BIM in Norway. Statsbygg, a state client, has been promoting the use of BIM in all construction projects. Additionally, the Norwegian Defense Estates Agency started 3 BIM pilot projects in 2010.

In 2008, Norway started compiling BIM standards and have since established 6 BIM standards. Since 2011, the government has updated its standards to increase BIM levels nationally.

Are There Any National Standards For BIM Adoption Nordic Countries?

BIM standardisation allows for entire sectors to scale their innovations. It allows companies to provide their clients with quality BIM implementation in every phase of construction and FM.

Nordic countries have conducted research and launched pilot projects related to BIM. The breadth of information and knowledge they have gained has allowed multiple AEC bodies to develop national standards in these countries.

Sweden started the research and development programme IT in Building and Property in 1998. It focused on standardisation, research, and implementation of new technologies. With standardisation, they studied how to implement IFC into their current system.

In 2014, the BIM Alliance Sweden brought the public and the private sector together. The aim is to promote and enhance construction innovation.

Additionally, the Swedish Transport Administration has mandated the use of BIM since 2015.

Finland has been researching innovation in the construction sector for many decades. As mentioned, Senate Properties has used BIM in all its projects since 2001.

Furthermore, in 2007, the Confederation of Finnish Construction Industries began requiring that all design software packages had IFC certification.

In Denmark, there is much interest from the public sector regarding BIM. The Palaces and Properties Agency, the Danish University and Property Agency, and the Defence Construction Service have a large impact on the construction market due to IFC requirements. Additionally, BIM is part of Denmark’s building regulatory laws.

Denmark also launched the Digital Construction project. From this, they developed guidelines for using 3D CAD in future projects.

Bips, a private company, built on the Digital Construction project and has actively pursued R&D for BIM. They published  BIM guidelines in 2006.

Norway has a host of documents related to BIM standards. Statsbygg was the first to release a BIM manual in 2008. They updated the manual in 2013 and again in 2021.

Next, Statens vegvesen (The General Directorate for National Roads and Highways), began developing a handbook in 2010. This V770 handbook for model output. It was published in 2012, and it states that all future projects need to use 3D modelling.

Moreover, the N400 handbook (2015), describes the requirements for model-based designs. These include using open BIM formats, taking surveying data from the 3D model, and ensuring that the 3D model is as precise as the 2D drawings.

Lastly, Banenor launched the  KIM project. Its purpose is to define common requirements for BIM implementation in large construction projects.

Is BIM Mandatory For Public Projects?

For the BIM adoption Nordic Countries, the public sector requires legislation and standards. All the Nordic countries have guidelines regarding BIM, but which requires BIM for public projects?

Senate Properties is the only public entity that requires the use of BIM in its projects. Also, firms need to use IFC for all their model-based designs and BIM applications.

Meanwhile, from 2007,  93% of architecture companies and 60% of engineering companies have started using BIM in every project.

Denmark mandated that all government offices and university buildings implement BIM in 2012. Furthermore, since 2011, all public projects need to implement BIM as well.

The Digital Construction Project commissioned the National Agency for Enterprise and Construction to release guidelines for working with BIM applications.

Due to its small construction industry, it was easier for Norway to make BIM mandatory for public projects from 2009. IFC compliance is also required for every BIM project.

Main Use Cases For BIM

There are many use cases for BIM as can be seen in some flagship projects in the Nordic countries. For example, Norway has a major project in the pipeline. The 555 Sotrasambandet has rigid BIM requirements and is a great example of Norway’s commitment to BIM implementation.

The project’s estimated cost is over 1 billion Euros and each phase of the project needs to be at BIM Level 3. Also, the BIM manager needs at least 5 years of experience working on a project with a similar scale. Moreover, the general contractor needs to compile drawings from the 3D model.

Denmark has completed many BIM projects in recent years, but the City Circle Line of Copenhagen is among the biggest.

The line includes 17 underground stations, and it spans over 15km. It also serves over 34 million commuters in the city.

SWS engineering implemented BIM in the design and quality control processes during the construction phase. They created accurate models of the project. This included all the information regarding the project and was shared across the different stakeholders in the project.

All the Nordic countries have adopted BIM for each phase of construction. Various private and public entities have published guidelines on BIM and a few countries have mandated its use for all public projects.

BIM adoption continues to grow. This is due to initiatives like BuildingSmart and OpenBIM, which promote and define BIM use in the AEC industry.

BIM Interoperability in the AEC industry

BIM is the solution to silos in construction work processes, but many AEC companies are worried about a lack of interoperability, and see it as a BIM barrier.

Using open BIM standards, you can provide interoperability between project stakeholders and ensure that everyone is on the same page for faster completion. 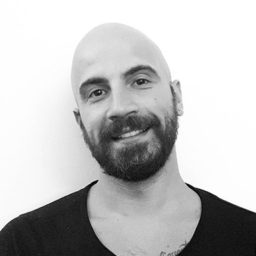 Implementation Levels Of BIM In All Countries